[How it works] Can reflectances be greater than 1 ?

Having written a lot of posts in this blog, twitter or linkedIn, or due to the distribution of products and softwares on Theia or Github, I get about 10 questions per week in one of these channels, which I try to answer, even if not always at once.

Many questions are about reflectance values, such as:

But the fact that reflectances should be lower than one is a common belief which is… false !

Let’s go back to physics :

a cold and passive surface does not emit light in the solar spectrum (or only negligibly), and only reflects some part of the incoming light. The ratio between the incoming light flux and the outgoing flux in all directions is known as the albedo, and it cannot be greater than one (see this post for a definition of fluxes, irradiance, radiance, and reflectance). But reflectance and albedo are not the same thing.

The Bidirectional reflectance is defined as :

The black sky albedo BSA, (or directional Hemispherical reflectance (DHR) is the ratio of incoming and outgoing light for a point source, such as the sun, with no atmosphere. The BSA is the integral of the reflectance in all directions (weighted by the cosine of the viewing angle, because we only account for the surface which is perpendicular to the observation direction, and by the sinus of viewing angle, as we integrate along crowns on the hemisphere).

Of course the total irradiance reflected by a surface in all directions is lower than the incoming sun irradiance, which means that the albedo is lower than one. Suppose you have a perfect

Usual cases of observations of reflectances greater than one :

For instance, a window roof that reflects the sun right right to the satellite camera, can have a reflectance much higher than one. It is the case for the images below, for which a user wrongly complained that our products were providing maximum surface reflectance values greater than 2, and therefore were completely bugged (which is not the case, or not completely the case 😉 ) 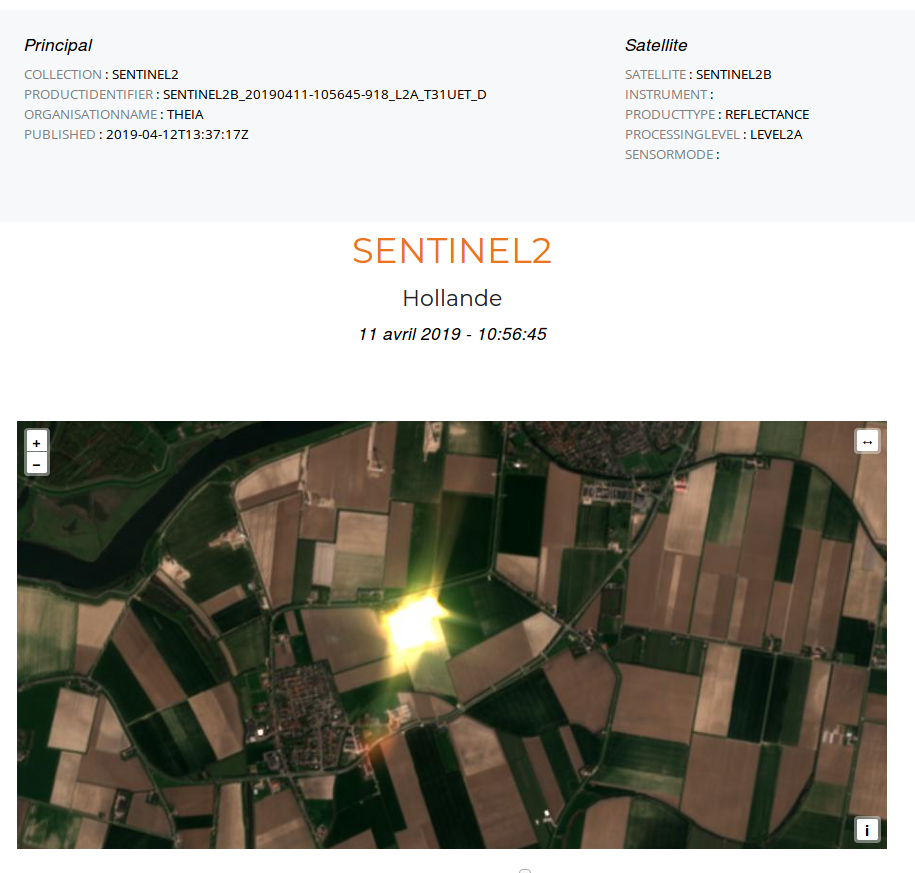 Another phenomenon contributes to observing reflectances larger than one :

A snow covered pixel in a mountain facing the sun can also reach values above one. This effect is due to the fact that reflectance is normalized by the cosine of sun zenith angle (angle between sun

direction and vertical). But in the case of a slope, it should be in fact normalized by the cosine of the incidence angle, which is the angle between sun direction and the normal direction to the slope. Sen2cor and MACCS have a “terrain correction” to correct for this effect. 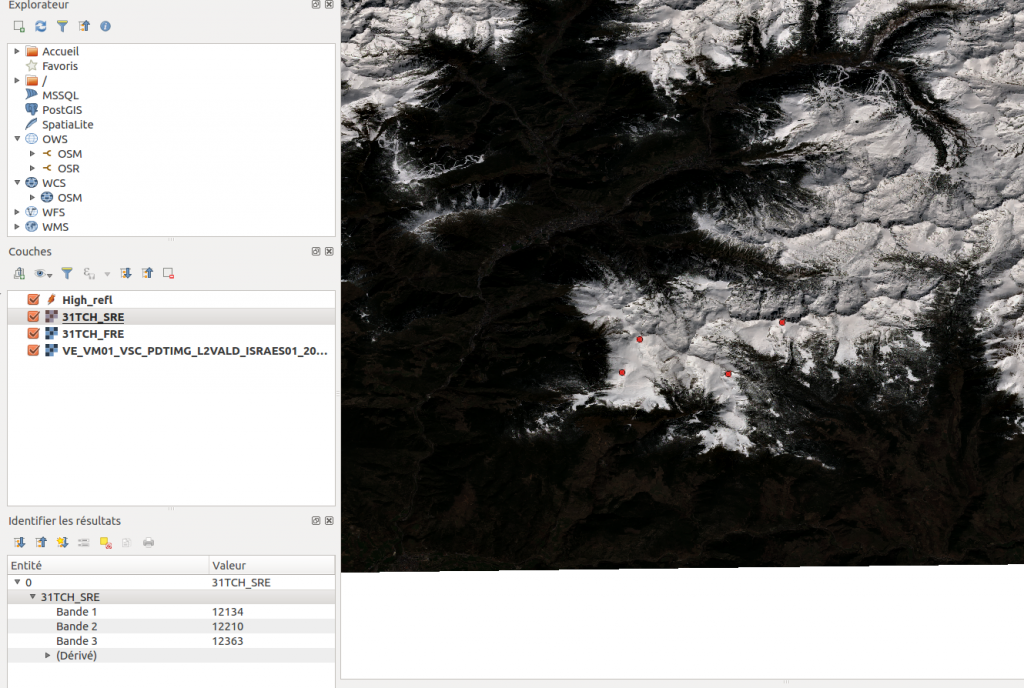 Thick clouds can also have very high reflectances, and the same effect as above can be observed for slopes in the cloud surface that face the sun. But we are not able to correct it as it would mean having an elevation model of the cloud.

2 thoughts on “[How it works] Can reflectances be greater than 1 ?”