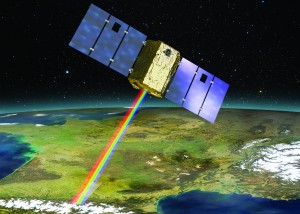 We could have written a real cliffhanger serial on this blog, describing the list of rockets that were someday supposed to launch the Venµs satellite : the first one was Dnepr (an Ukrainian rocket derived from intercontinental missiles) at the time the project was decided, a long time ago, then the PSLV Indian launcher during a few years (with a period when the Venµs 2 days orbital cycle had to be changed to a 3 days cycle, degrading the repetitivity of Venµs observations), then it was Space-X (an American private company) Falcon 1E (which was finally dropped by Space X), then Soyuz from Kourou with Pleiades 1B (whose launch was finally advanced), then Space-X Falcon 9, and the VEGA (but again with a modified orbit, with an ascending part during daylight instead of the descending one). All these possibilities finally failed, for reasons that may have been funny if they had not contributed to the large delay of our mission (sorry, I am not sure I am allowed to tell these stories...).

The life of a small space project is not easy : to lower the launch cost, a small satellite must find a principal co-passenger for the launch. And this co-passenger must have an orbit close to the one of Venµs, with an expected launch date close enough to the small satellite. The absence of a launch contract made the launch date hypothetic, and it was not possible to use this date to put pressure on the industry that considered Venµs with a low priority : this fact also contributed to the satellite delays.

Finally, thanks to the patience of Venµs project managers at CNES, ISA and IAI, we now have a launch contract with VEGA, on Venµs nominal orbit. The Venµs satellite should join its 720 km orbit within a launch window that extends from October 2015... to December 2016. This broad window should be narrowed to three months by April 2015.

We will thus shortly issue a new call for site proposals, as a large part of the sites proposed in 2006 may not be in activity anymore. We will of course tell you more about that on this blog.