Claire Pascal, PhD student at CESBIO, under the supervision of Olivier Merlin (CNRS researcher) and Sylvain Ferrant (IRD researcher) brilliantly defended her thesis on the monitoring of water resources by satellite on November 18.

Claire’s work focused on the Telangana region of India where rainfed cotton and flooded rice farming dominate. The region has a wet season, during which 4 months of intense monsoon rains recharge aquifers and dam lakes and feed the large Godavari and Krishna rivers. It is followed by a long dry season of 8 months during which the drying of the soils requires to irrigate the crops with these water resources. Three quarters of the irrigation volumes are pumped from groundwater, and one quarter from surface reservoirs (100 large dams, over 40,000 small hillside reservoirs). Claire studied the feasibility of monitoring these resources with current and future satellite data.

Gravimetric satellites (GRACE and GRACE-FO) provide access to water mass variations at a low resolution (300km): surface water, soil moisture and groundwater. Passive microwave satellites (such as SMOS and SMAP) allow us to reconstruct soil moisture variations at an intermediate spatial resolution (25 to 40 km). Multi-spectral optical satellites (MODIS and Sentinel-2 ) allow the monitoring of crops and vegetation development at medium and high spatial resolution (MRS, HRS, 1km to 10m). Stereoscopic satellites (Pléiades) at very high resolution (THRS, 50cm) allow the restitution of the bathymetry of hundreds of small hillside reservoirs, whose cumulative regional capacity is unknown until now.  The environmental variables estimated by these satellite missions constitute heterogeneous data sources that are used here to explore our ability to: 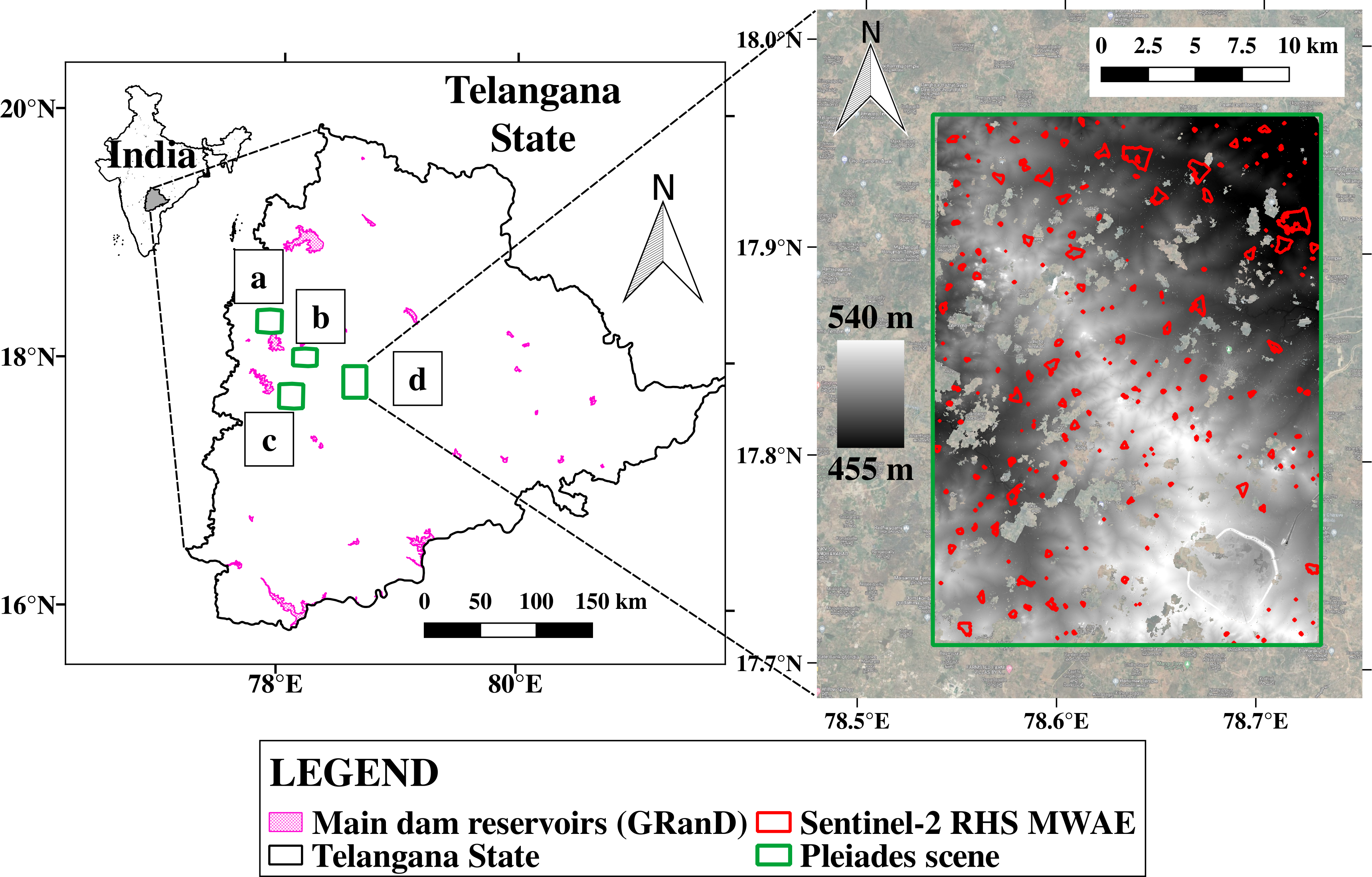 The conclusions regarding space observation are as follows: 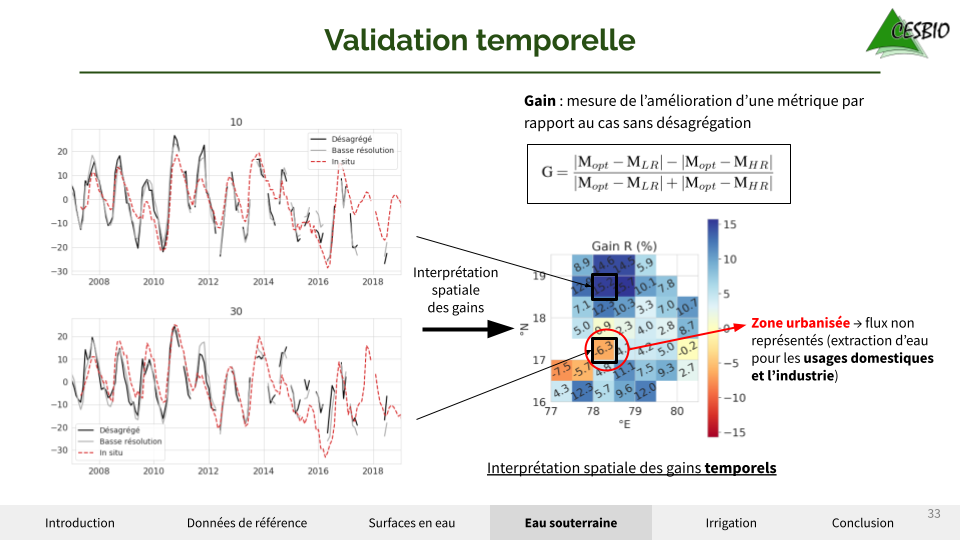