Thomas’ followers quickly spotted a shelterbelt or windbreak in South Russia, near Volgograd [1]. Astronauts pictures are great to show the value of Earth observation from space. However, Thom_Astro cannot compete with Sentinel-2 satellites, which provide systematic, multispectral, coverage of the land surface, with a constant acquisition angle. Below is a selection of four images taken by Sentinel-2A of the same site. On the autumn image, a thin layer of snow blown by the wind brings out the asperities of the surface. In the spring the melting snow reveals this fertile black soil or chernozem, which covers the great Russian steppes. 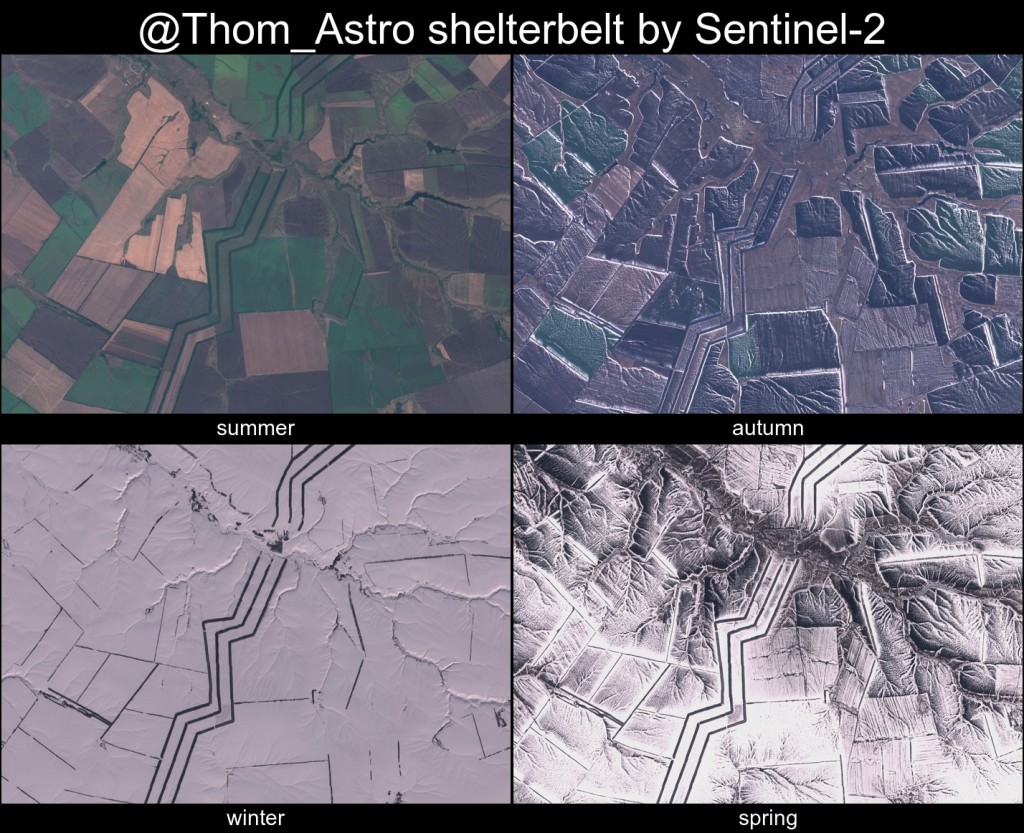 [1] « Fending Off the Wind on the Steppe » NASA Earth Observatory Image of the Day.