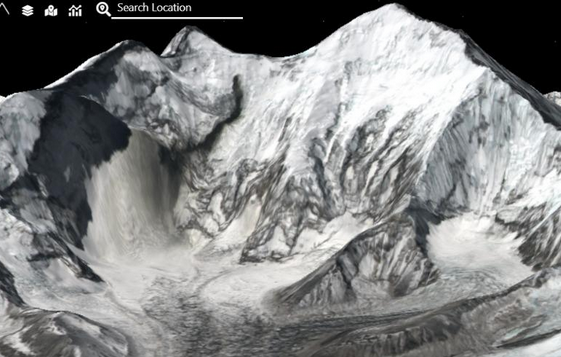 As high as Everest is my enthusiasm for participating in the #LivingPlanet Symposium in #Milan! Visit me from May 13th to 17th at booth 48 and #askAdam. Here a 3D rendering of Mount #Everest via @PlatformAdam on last March 29. #LPS19 I’m coming! #EarthObservation pic.twitter.com/ceV0b2xZeS

The dark thing is visible in the Venµs Khumbu time series (5 m resolution). It shows that it appeared between 24 and 28 March 2019. It is about 1.3 km long. Click on the picture below to enlarge. 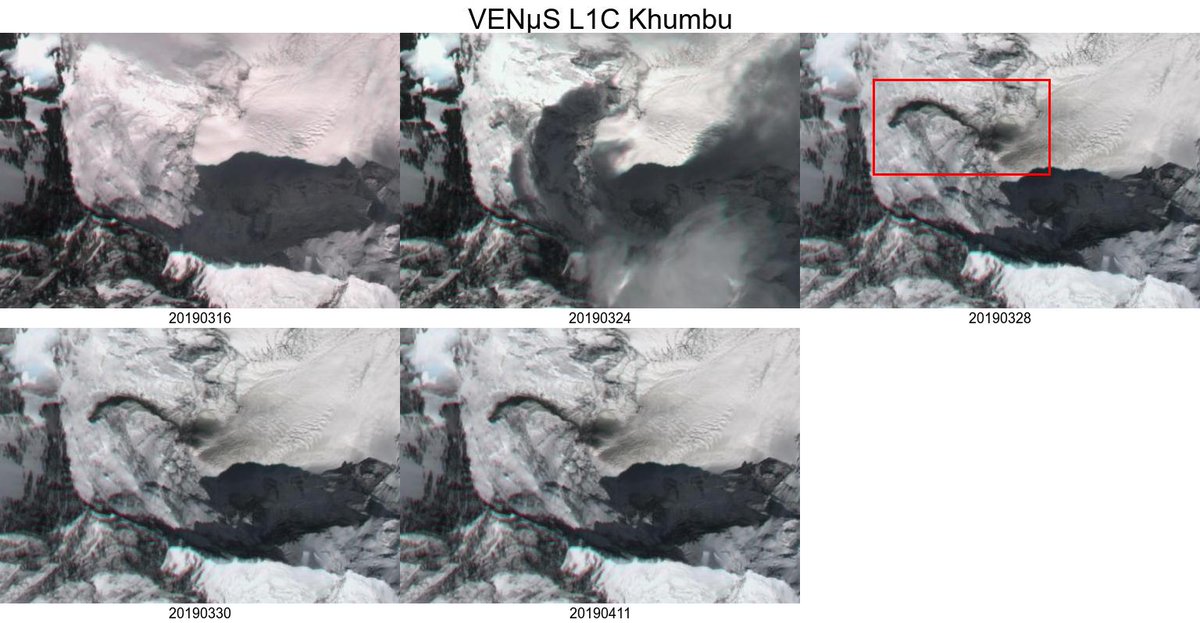 After a quick correction of the Venµs image geolocation [1], I made some 3D views using Qgis2threejs and the HMA DEM (8m resolution): 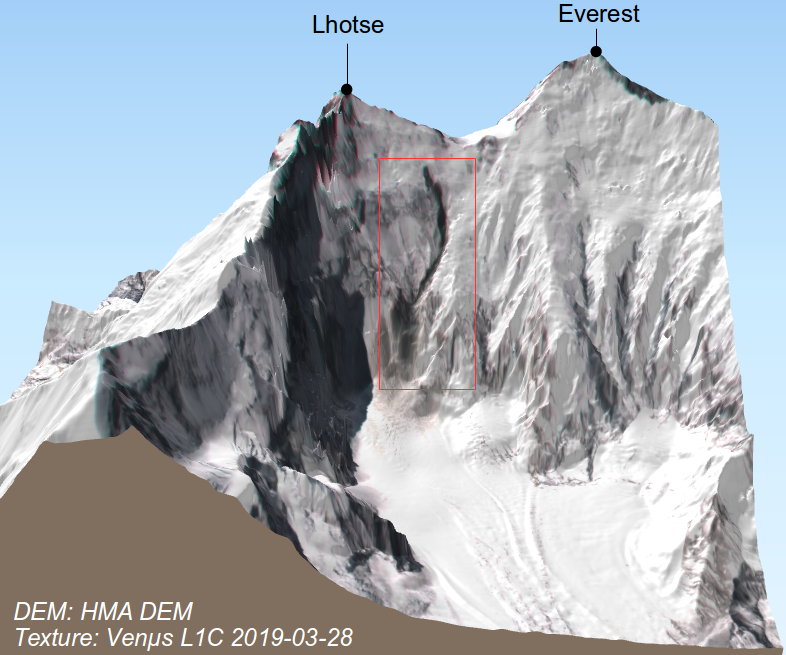 Still in the field so can't investigate but I'm in the localised failure camp… Surprising amount of debris (makes it look incised) possibly suggesting a small rock avalanche entraining ice, rather than the other way around. But oddly, source area is about the rock bands…

Footnote[1] Be careful the orthorectification of Venµs images is a bit shaky in this steep area. Here I collected five control points using the hillshaded HMA DEM as a reference and warped the image using a thin plates spline transform in QGIS. The average shift between source and target points was close to 500m! This allowed me to make a quick correction of the main horizontal distortion for this post but there probably remain large errors in the image geolocation.