When I say "a scary plot", I don't mean a Chinese plot aimed at confusing some naive North Americans, it just mean a figure (an American one, by the way, made with data from the National Snow and Ice Data Center) that provides the total sea ice area over the globe. And this figure is scary : 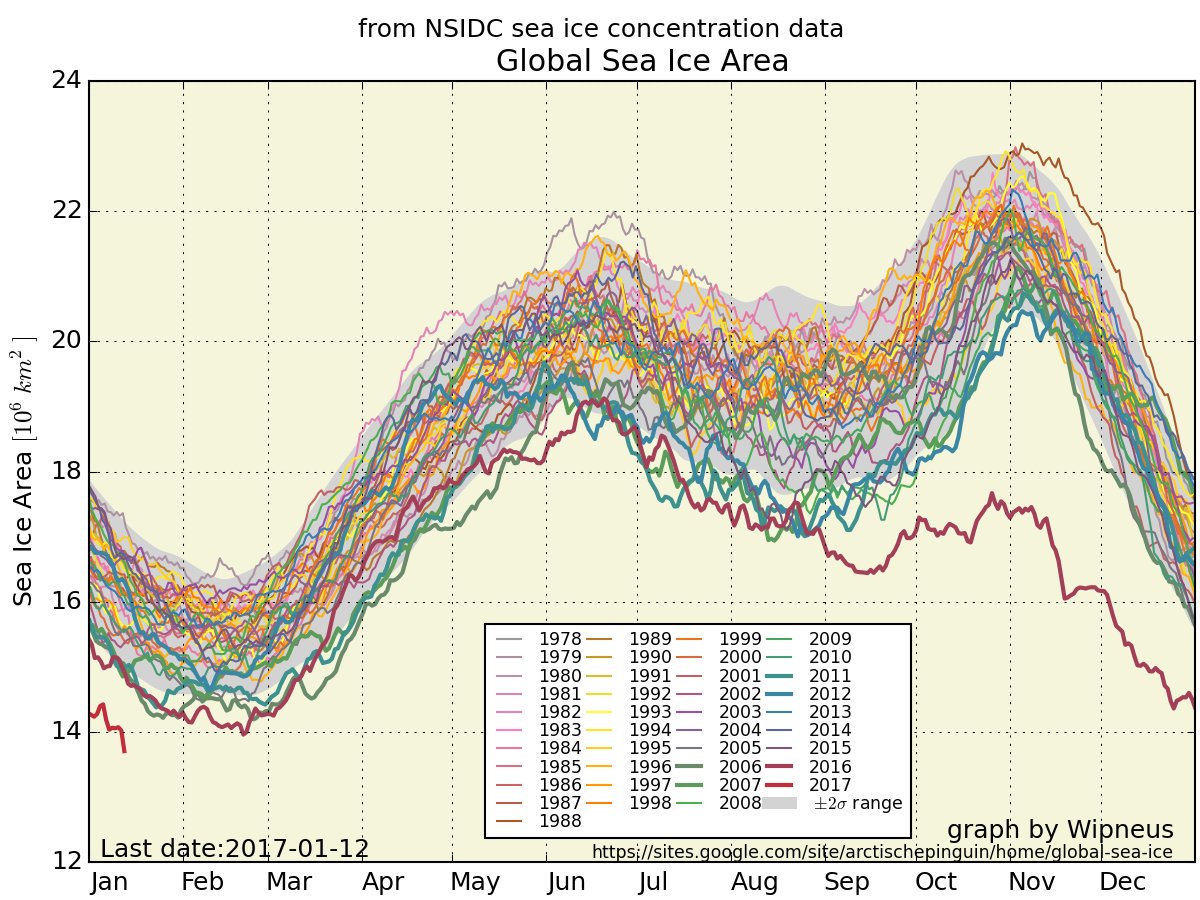 Let's hope it is partly due to the el-niño phenomenon we had last year, and that next years will come closer to the average curves. However, as a cold wave is about to reach western Europe, let's record it for later !