B-22A is the largest iceberg in the Amundsen Sea, Antarctica (50 times Manhattan land area). It broke off from Thwaites Glacier’s tongue and remained grounded for 20 years.. But now it’s on the go, as shown by this animation I made from Sentinel-1 SAR images (about 1 per month since June 2015, total 75 frames):

This animation (.mp4 file) was reproduced in this article of New Scientist on January 11: Breakaway iceberg raises concerns over Antarctica’s ‘doomsday glacier’

Several authors have warned that this event could have important implications

when the grounded iceberg [B22-A] is removed from the Thwaites embayment (likely in the near-future), a change to less favourable landfast sea-ice conditions is likely to occur. Any decrease in landfast sea-ice persistency or extent would ultimately increase the prospect of further retreat or disintegration of the Thwaites Ice Tongue.

Removal of this iceberg and subsequent loss of landfast sea ice is not only likely to modify regional ocean circulation, but an open-water regime might also allow the seasonal inflow of solar-heated surface water that increases basal melting.

The MODIS images below show that B-22 iceberg broke off more than 20 years ago on March 15, 2002 (source: NASA http://earthobservatory.nasa.gov/IOTD/view.php?id=2310, Public Domain, Link). 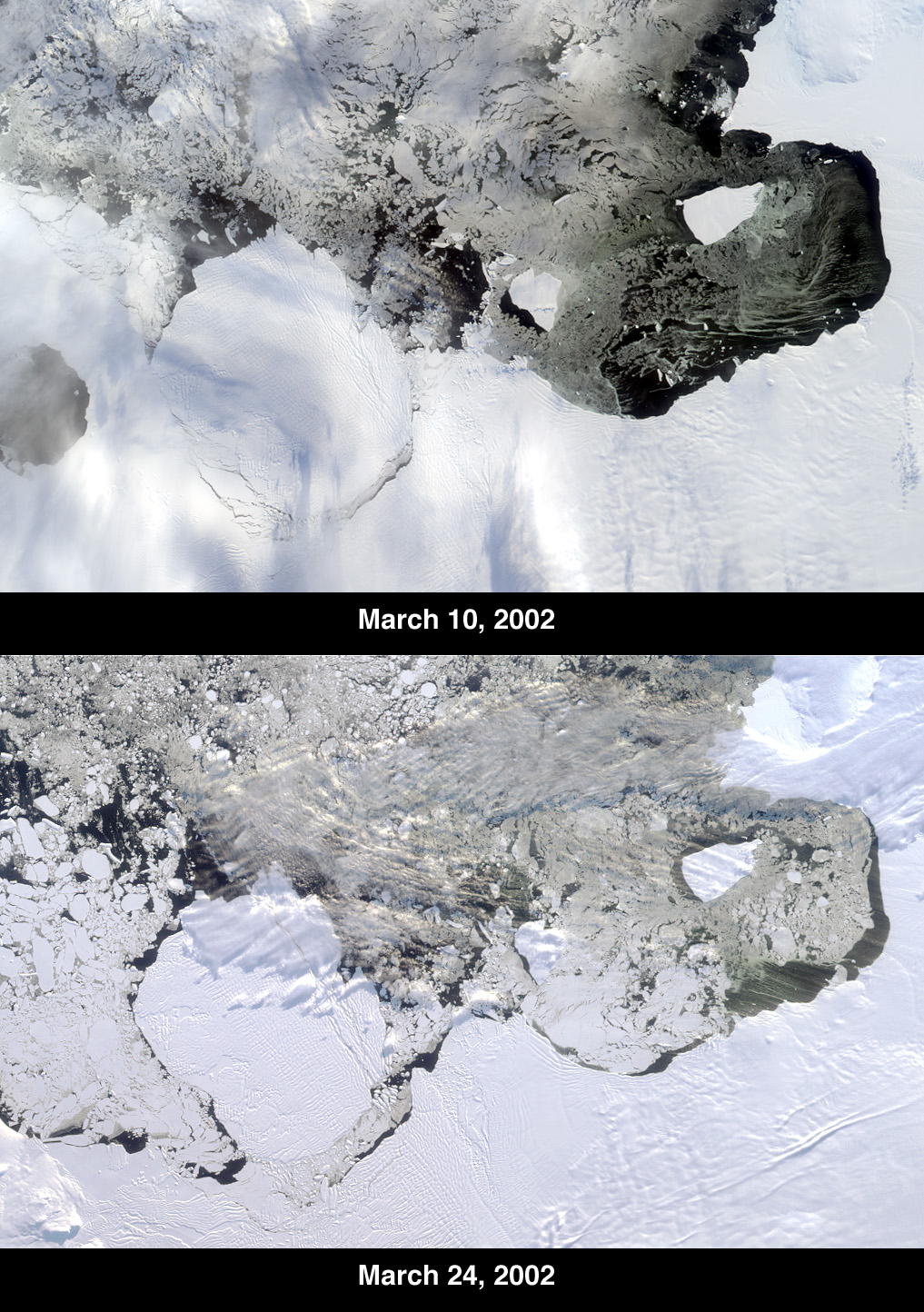