There are several MAGicians in the CESBIO laboratory, and I am one of them (with all due modesty). According to my definition, MAGicians are 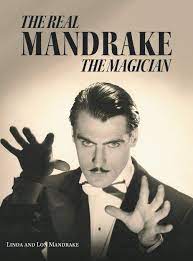 participants to Mission Advisory Groups, for instance for CNES or ESA satellite projects.

These days, I participate to the MAG for Sentinel-HR at CNES, and for Sentinel-2 Next Generation at ESA. I was also involved at CNES in the group that prepared the French answer to the Copernicus Long Term Scenario, as well as in the MAG for TRISHNA. Other colleagues are involved in other groups, such as CO3D, LSTM, SMOS-HR or a phase-0 for an hyperspectral mission. In the early phases of a space project, the MAG, which is a working group with selected experts interested by the project, helps the project manager to better define the needs and requirements for the project. During the development phase, the MAGicians are helping to define the content of products, the methods, define the priorities for programming the acquisitions… MAGicians are also useful when difficulties arise with the satellite that have an impact on the performances. After launch, some MAGs can be kept to organize the validation and outreach of the satellite. In that phase ESA calls them Quality Working Groups.

During the design phase, the challenge is always to obtain the decision of engagement of the project. It is often useful to try to convince the funding agencies of the interest of the mission, and for that, obtaining support from the user community and the stakeholders is necessary. It is therefore always good to explain the mission to the community, but it is on these occasions that the MAGicians might meet the dreadful deep learning wizards or, even worse, their spokespersons.

This happened to me twice in the last year, and I still shiver when I remember these occasions :

The first objection was easy to dismiss as the images shown by the wizard are awfully noisy (see above), and a comparison with real high resolution data shows that their guess of the high resolution features is often completely wrong.

But I failed to correctly answer the second objection (DL alchemy can transform radar images in cloud free optical images).  Although not an expert, which is normal, the official is high ranked ministry officer, who is not used to be contradicted, especially by simple researchers. I think I mumbled that deep learning techniques, although powerful, are not magical, and that SAR and optics are not bijectively related. But no one in the assistance took my defense, and I did not succeed in getting a French demand for keeping Sentinel-2A operational after the launch of Sentinel-2C (sorry !).

I have nothing against deep learning, which can be an efficient machine learning technique, but, as shown by Jordi Inglada in a previous post, it is sometimes misused,  or even more often, its results can be misinterpreted by non specialists (I am one of them).

So, dear fellow MAGicians, how would you react in front of a wizard that claims your mission is useless because he saw a presentation that does the same thing with deep learning and existing satellites ? The best answer I have so far was suggested by a genius of deep learning (you know, the type of genius who comes out of a lamp), Jordi Inglada himself. He suggests that the wizards and their relays in the commissions or ministries are trying to shift the burden of the proof. As a MAGician, our job is to show that what we ask for is really needed, and if a wizard or his/hers spokesperson wants to replace what we suggest by some deep learning wizardry, he/she has to prove that it works well. I should therefore have answered : « could you please give us the reference of the paper that proves that we can fully replace Sentinel-2A by the existing Sentinel-1 satellites ? »

Would you have any other magic formulae to survive against a DL wizard   ?  Any spells, ideas or strategy ? Please feel free to comment !