Here in southwest France ski lovers did not really enjoy the beginning of the snow season… But how does it compare to the previous years? Using Sentinel-2 and Landsat-8 data, we computed the snow cover duration since September 01 until January 20 for the past three snow seasons in the Alps and Pyrenees. 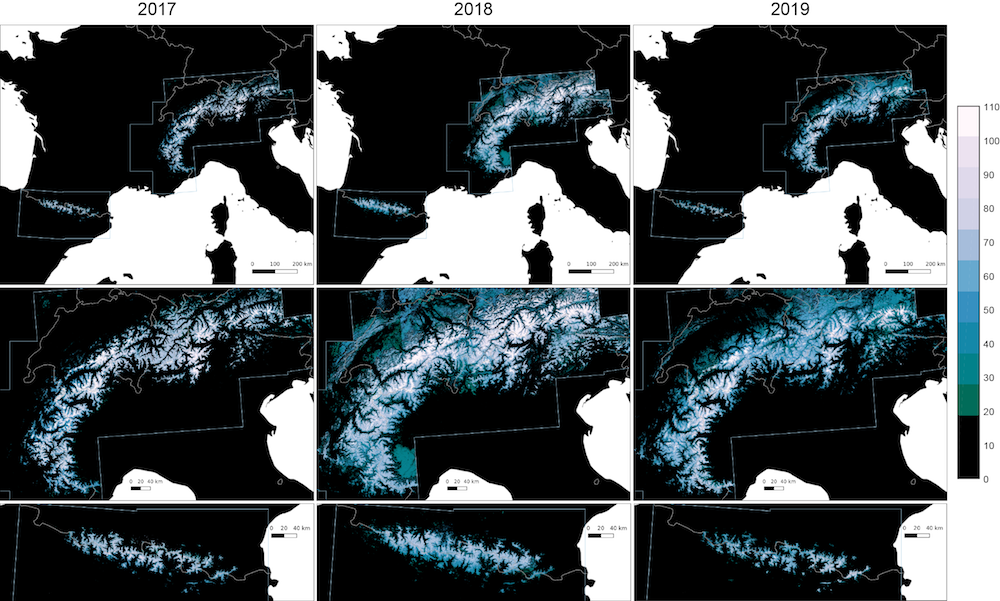 On January 04, Météo-France reported that « the snow cover was very deficient for the season in the Pyrenees. The lack of snow at 1,500 meters is not unusual in early January, as recently observed in 2017 or 2016. The lack of high altitude snow is rather more remarkable, as the value of 42 cm measured at the Lake of Nivôse station d’Ardiden (Haute-Bigorre, 2445 m) is the lowest since 1996, previous record of 48 cm in January 2016. »
Indeed we can see that the snow cover duration patterns are similar in 2017 and 2019, with lower values in the high elevation areas in 2019. 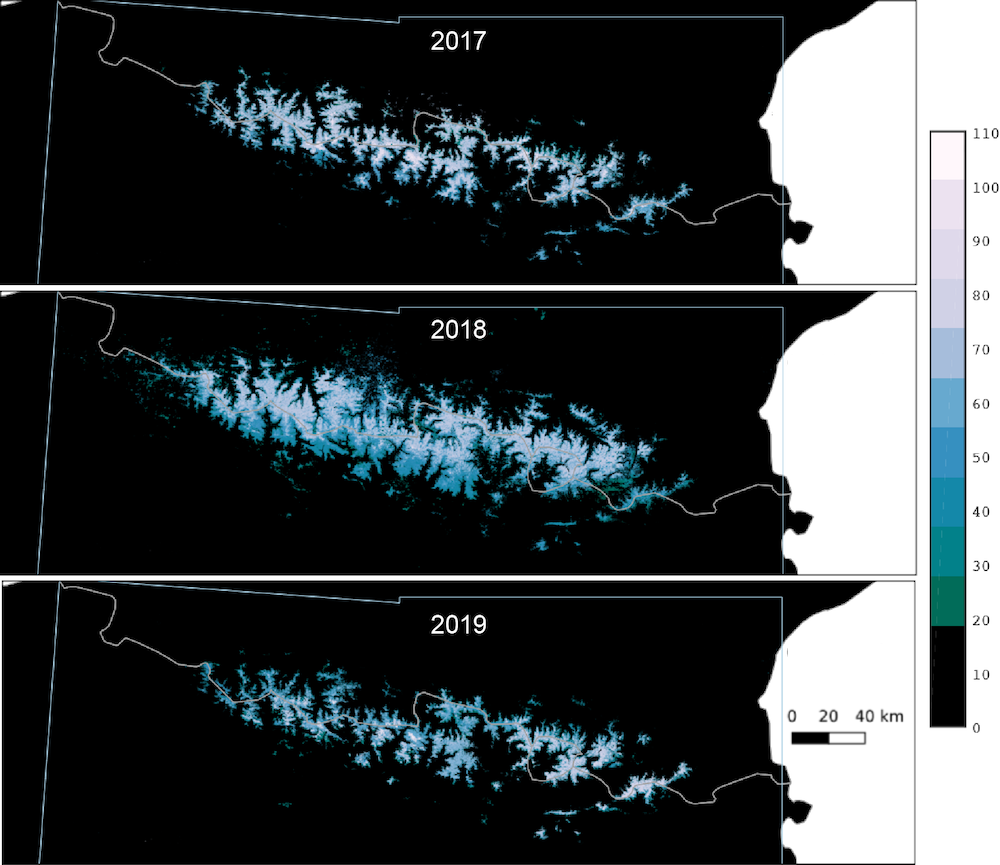 In the Alps the beginning of the snow season was less sad. In fact, the snow conditions were close to the normal according to Météo-France, but still far from those of the exceptional winter 2017-2018. Some artifacts are visible in the 2018 map. In particular the snow near the Pô valley in the southwestern corner of the pictures is an artifact due to snow-cloud confusions in this area (we will try to fix this in the future). 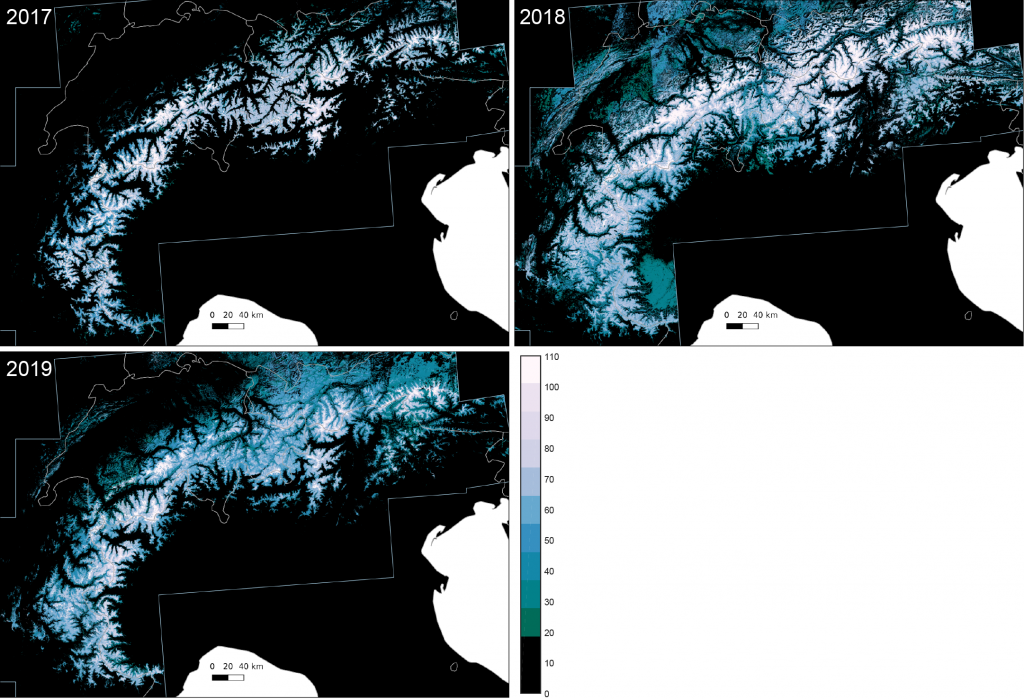 However things are changing fast… Since January 20 the snow just kept on falling in the Pyrenees!

Edit on 26 Jan: a clear-sky Sentinel-2 image was acquired today