A phase 0 study for Sentinel-HR

In 2018, Olivier Hagolle presented in this article the Sentinel-HR concept : an optical satellite in the metric spatial resolution class providing global, repetitive, systematic observations with an open access policy. By doing so, he continued the work of Gérard Dedieu who had already advocated for this concept in the previous years. Thanks to this fruitful lobbying, CNES started a phase 0 study to explore the concept. 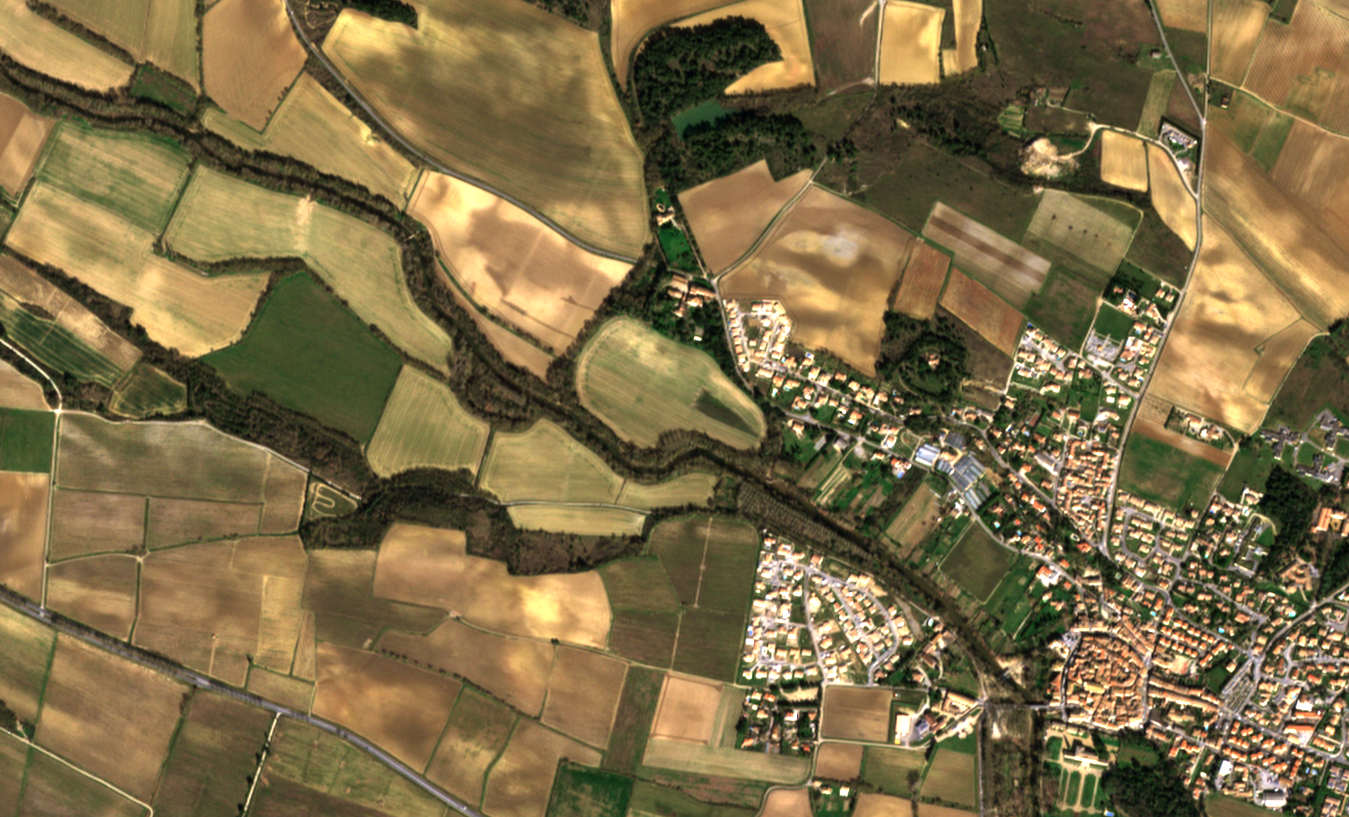 At first sight, there is nothing really new in the foreseen specifications of Sentinel-HR: it would provide a metric spatial resolution (between 1m and 2m), acquired in the classical spectral bands (red, green, blue, near infra-red). VHR commercial constellations provide better spatial resolutions, while Sentinel2 and its next generation provide a much richer spectral content. If Sentinel-HR aims at achieving similar geometric quality as VHR sensors and similar radiometric quality as Sentinel2, its originality lies not in its specifications, but in its acquisition plan: all emerged lands, acquired every 20 to 30 days, with constant (and close to Nadir) viewing angles. We do not think such an acquisition paln could be done with commercial imagery. Nadir observation angles would allow to avoid geometric deregistration of above-ground objects and radiometric directional effects of non-lambertian surfaces, known to impair applications based on change detection for instance. Data would also be organized by tiles, similar to what is done for Sentinel2, so as to facilitate the building of spatial temporal cubes of data, with a free access policy and wide distribution. There is no doubt that Sentinel-HR would be a very welcome addition to Sentinel2 NG and VHR missions.

To complete change detection capabilities of Sentinel-HR, Digital Surface Model (DSM) acquisition capabilities are also considered. For some applications, such as monitoring the full set of glaciers in the world, DSM temporal series with an intra-annual revisit could be very useful. In order to assess the interest for such time series in this phas 0 study, we will rely on Venµs mission, which has a redundant row of detectors in the focal plane allowing to estimate a DSM for each acquisition, as presented by Amandine Rolland in this blog post.

No need to recall that cloud coverage drastically impacts the actual frequency of clear pixels. From the EO Compass website, which provides stastitics on the full Sentinel2 archive, we can learn that the 30UXU tile located in Brittany, France, the average cloud cover is almost 60%, and the average time between two acquisitions with less that 10% of cloud cover is 33 days. In French Guyana, this delay increases to 45 days.

Many methods exist for the temporal resampling gap interpolation of Sentinel2 time series. It is for instance one of the steps implemented in the Iota2 processing chain, where images from different tiles are resampled on a common temporal grid, which allow to solve both the cloud coverage issue and the acquisition date heterogeneity from using different orbits together. With a foreseen revisit of 20 to 30 days, Sentinel-HR may provide only a few clear dates a year for a given location, which seems insufficient for a precise monthly interpolation of missing data for instance. However, we can try to guide this interpolation by using the more frequent, less spatially resolved corresponding Sentinel2 time series. This is an ongoing research topic here at CESBIO, and we will report our progress in further blog posts.

Aim of the phase 0 study

The Sentinel-HR phase 0 study has began this summer, for a duration of one year. Its main purpose is to demonstrate the usefulness of Sentinel-HR data, and the difficulty to collect such data with current sensors, through different applications identified by the mission group. The collected evidence may allow to influence the specifications of Sentinel2 NG, or convince the European agencies (Copernicus, EEA) that Sentinel-HR would be a welcome addition to Sentinel2 NG. The study will also establish a rough estimation of the cost and design. Last, the study aims at providing a prototype for hybrid products that leverage complementary missions, with methods that could be used in other contexts.