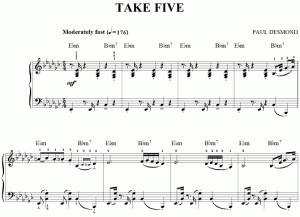 At the end of life of each satellite, CNES issues a call for ideas for short-term experiments taking place before de-orbiting the satellite. CESBIO took the opportunity to set up the Take 5 experiment at the end of SPOT4′ life : this experiment will use SPOT4 as a simulator to give us a hint of the time series that ESA’s Sentinel-2 mission will provide.

The first Sentinel-2 satellite should be launched within the next two years, and the second satellite should follow 18 months later. Together, these satellites will provide us every fifth day with high-resolution images of all land areas… or of the clouds that cover them. Despite these clouds, users will be guaranteed access to cloud-free data at least once per month. The arrival of these data should therefore cause a revolution in the use of remote sensing data.

In order to avoid wasting time when Sentinel-2 is launched, it is necessary to prepare today for the use of these data. However, at present, there are no suitable data to perfectly simulate the features of Sentinel-2:

After 6 months of feasibility studies, CNES has just decided to launch Take 5 experiment. On January 29, the orbit will be lowered from SPOT4 by 3 kilometers to put it on a 5 day repeat cycle orbit, which means that the satellite will fly the same places on earth every 5 days. Spot4 will follow this orbit until the end of May 2013. During this period, 42 sites will be observed every 5 days, as in the case of Sentinel-2. The data will be processed and distributed by the « Pôle Thématique Surfaces Continentales » (PTSC) and distributed to users by the end of June 2013, they will be provided with the following two levels: