In a classical Hollywood thriller, in which the hero nearly dies several times, a last sequence of the film is usually dedicated to the happy ending with a swinging music. The same happens with the SPOT5 (Take5) story : after several periods with very little hopes of success, the SPOT5 (TAKE5) experiment is finally close to be decided (at least with a 90% likelihood…) Despite an intensive campaign to show that repeating the experiment would still be useful, with very motivated users writing that the experiment would be useful (thanks to all !),  it quickly turned out that CNES could not afford the full cost of the experiment a second time alone. Therefore the support of ESA was sought, as the experiment is considered to fall in the core mandate of ESA’s Third Party Mission Earthnet Program. ESA’s decision to takeover CNES external costs still has to be approved by its Member States in autumn, however funding is already set aside. And finally, CNES as agreed to hold the experiment thanks to ESA’s decision to take charge of CNES external costs : CNES has contracted several companies to operate its satellites and ground segments and these expenses for the experiment will be covered by ESA, while CNES will fund its internal costs, and provide the satellite. The experiment will start in April 2015 and stop at the end of August, the exact start date still needs to 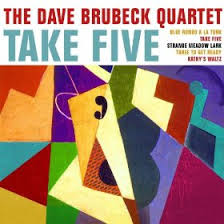 be determined and will depend on the finally selected orbit. Sentinel-2 launch is expected between the end of April 2015 and the end of June 2015, but the « ramp-up phase » will take a couple of months to start the routine acquisitions, probably too late to monitor the main part of 2015 growing season in the Northern Hemisphere routinely. For a number of selected sites, the SPOT5 (TAKE5) experiment will be useful to enable several teams to start building their applications for 2015 growing season, without having to wait for an additional year. Early Sentinel-2 images might also be taken on these sites. This time, the selection of the sites will be lead by ESA, who will issue a call for sites proposal this autumn, in a very short time frame, as the final site list needs to be determined before the end of the year. If you are interested by proposing a site, get ready to answer and stay tuned on this blog  ! (Thanks to Sylvia Sylvander (CNES) and Bianca Hoersch  (ESA) for their contributions to this post)