The product level names, how they work ?

Many users are confused by the earth observation product names. Maybe detailing the logic behind 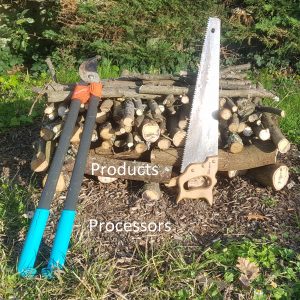 the names will help recall them. Here is how the THEIA Land Data Center product names were chosen.

Let’s first recall that several Earth observing missions do not respect the CEOS norms, often because their nomenclature was defined before the norm existed. It is the case of SPOT and followers (Pleiades, Rapid Eye…)

Product Level names according to NASA

CEOS naming rules are quite difficult to find, and I had searched them several times unsuccessfully. But recently, I found the list of members of the CEOS product harmonization committee, and two of its members (Frédéric Baret (INRA, France), and Kenneth McDonald (NOAA, USA)) replied very quickly to my questions. The CEOS norm is based on a nomenclature defined by NASA in 1996, which is available on  Wikipedia :

Product Level names according to CEOS

I do not know what you think of it, but my sense is that it is quite vague in some aspects (what is a  « sensor unit ») and too directive in some other aspects : a resampling of data on a cartographic grid is only allowed at level 3. If a uses does not want to handle the always complex reprocessing of data, he has to use the level 3 data. The CEOS norm provided below was clearly inspired by NASA’s norm, but it allows a data resampling  starting at level 1, and the data can be expressed in Physical units and not only « Sensor units ». The CEOS norm does not detail the sub-levels (1A, 2B…). However, the distinction between Level 1 and Level 2 is still a bit fuzzy, as it is not always easy to tell a physical unit from a geophysical unit. We often consider a top of atmosphere reflectance as a Level 1 product and a surface reflectance after atmospheric correction a Level 2 product. Is a surface reflectance a physical unit or a geophysical unit?

Product Level names according to… myself

Having had some difficulties finding the famous CEOS norm, I had build my own idea of what the CEOS norm should be, probably, from dscussions with colleagues during the POLDER.project preparation. So here is my own version of the product level names norm (but I know a personal norm is not a norm anymore)

What about the letters ?

The CEOS norm does not define sub-levels, and for that aspect, NASA’s norm has some influence. For instance, with Sentinel-2, Level 1A and Level 1B exist as internal products and are quite similar to what is in NASA norm, while the Level 1C is ortho-rectified and expressed in top of atmosphere reflectance. The level 1C only will be distributed to standard users. Sentinel-2 Mission requirement document also defines a level 2A, expressed in surface reflectance, and a Level 2B that provides biophysical variables such as LAI, fAPAR.

For product levels greater or equal to 2, we tend nowadays to follow this rule, at least in the Land community :