There is an issue with Paris 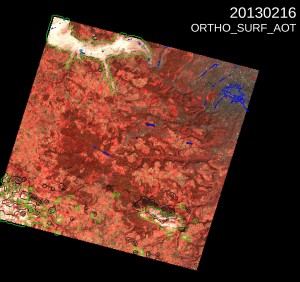 When Mireille Huc steps in my office saying « il y a un problème » (there is an issue), it is generally due to a new case that is not handled by our level 2A methods. This time, she said : « there is an issue with Paris ».

Such issues happen regularly each time we observe a new type of Landscape. That’s why it so important to process a wide range of landscapes and images to qualify our methods. Here are a few examples of the issues we encounter once in a while : 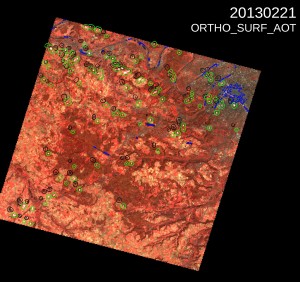 This time, on this SPOT4 (Take5) time series near Versailles, the clouds are well 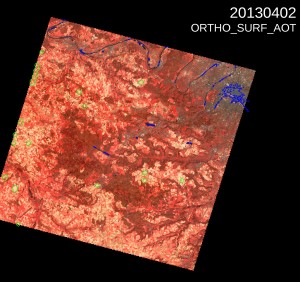 classified, the atmospheric correction seems to work, but … but, this zone oulined in blue in the North East Corner, it is Paris centre. It means the region is under water, but if Paris had been under water for two months, we would have known (given what they say when there is only one inch of snow). Mireille checked the data, and it turns out that Paris centre meets all the criteria we use to detect water (computed at 200m resolution):

It is the first town for which we observe this issue, maybe because of Paris huge density, of its slate roofs, and because of the winter period with no leaves on the trees.

A solution would be to process the water mask at a higher resolution (100m, 60m). Or could we just say that our « water » mask is in fact a « water and dense town centre with slate roofs » mask ? Or even better ask Parisians to grow plants on their roofs.

Meanwhile,  one can note on this time series that despite a repetitivity of 5 days, we only got one partially clear image in March, but this month was exceptionally cloudy, they say in Paris. The onset of vegetation can also be clearly seen on the last image of the series, after nice weather came back at the beginning of April.