WASP (Weighted Average Synthesis Processor) is the tool we use to compute the nice (mostly) cloud free syntheses of Sentinel-2 surface reflectances, as shown in the images below. A full resolution viewer is also available in this post, or you may also download the products you can download from Theia. As promised (but it took a while to get the allowance), we have just released it as an open source software and we are also providing a compiled version for linux platforms. 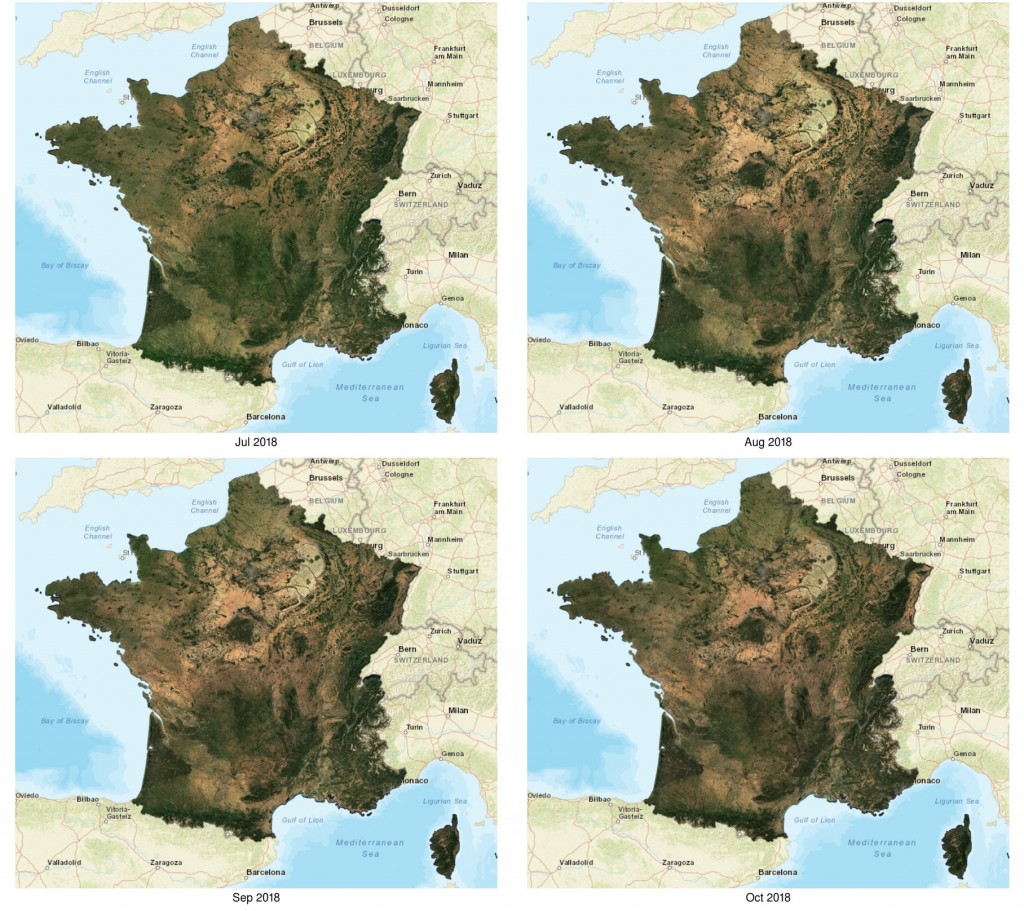 The WASP method was developed at CESBIO by O.Hagolle, in 2007, during the preparation of the Venµs mission. It then evolved and improved with the help of several persons at CESBIO (V.Debaecker, M.Huc, D.Morin, M.Kadiri). Then an operational version was developed by CS Romania within the Sen2Agri consortium funded by ESA, which is distributed as open source. WASP was finally adapted to work in Theia context, and improved by P.Kettig. Peter also set up distribution of the software.So finally, here is how you can download the software :

4 thoughts on “WASP source and executable are now openly available”