As you are very well aware, even though the L band is a protected band (i.e., no emission in band and strong cap on out of band emissions), and even though sensors like SMOS or SMAP only use part of the protected band (only 19 MHz in the 27 MHz available for SMOS for instance) which is detrimental to instrument performances in terms of sensitivity we are still suffering from illegal and unwanted emissions which sometimes obliterate a point or a country. 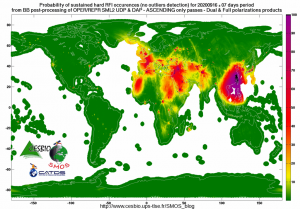 Many countries have endeavoured to reduce man made emission in the protected band and apply the ITU regulations they committed to respect, but some do not seem to bother that much, especially if we refer to acts rather than words.

This is really bad.

In the past we have the famous example or Japan who decided not to really act when in 2011 the deployment of a new sat TV channel coupled with a faulty equipment at house receivers level made Japan disappear from the L band scene. After several exercises to identify the source of the problem and pin pointing the actual cause, after 9 years the situation is still roughly the same.

Other areas are painfully afflicted by RFI and in particular the Middle East and China.

The bad news is that since July  1st 2020 a very important source has been switched on in China. and, in spite of several actions at ITU level nothing has been done in China to stop it since (4 months almost). And this source is enormous (3 Million K!!!) and destroying data over a large area (i.e., not simply wiping off China but allso suppressing retrievals in neighbouring countries and seas) 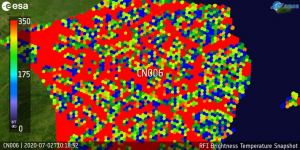 Figure 2: RFI situation in China before July 1st 2020 on the left panel and after on the right panel

The worst is that such a strong source can even damage the receivers on board the satellite and thus wipe out the mission! But currently it is already banking out a good part of land and oceans. 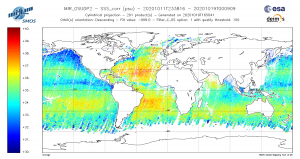 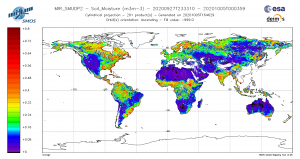 Fig3: impact of the RFI source on retrievals. In white areas where no retrievals are possible due to the RFI source: in the ocean (left panel) or over land (right panel).

So we urge Chinese authorities to change this source so that it does not emit in the protected band.

We are currently identifying the culprit (location and type) and should publish very soon more info on the source itself…. unless … it is off obviously.