A very stormy February 2020 in the North Atlantic

From Nicolas Reul Ifremer (see)
During the first two weeks of February 2020, and more generally, since the beginning of the meteorological winter, the large scale atmospheric context in the North Atlantic and Europe, but also over the whole Northern Hemisphere is characterized by intense low-pressure circulation from the west and south-west , associated with high wind and rain.
This configuration is related to the permanent presence of intense lows in the North Atlantic and  polar regions, contrastating with, high pressures above normal in between Açores and southern Europe. This high./low pressure dipole  generate very positive NAO  (North Atlantic Oscillation) and AO (Arctic Osvillation)  indexes as illustrated  in the map below: On the 10th of February, the AO index indeed reach a record level since 1950 , according to NOAA  (the pressure difference between low polar and high subtropical pressure is 6 time higher than the climate mean) . In  practice this translate into very intense lows in the North Atlantic and westerly winds on the mid latitudes of the Northern hemisphere, including Europe.
Since the 8 February teh 8th,  the North Atlantic has been the subject of an impressive storm activity including Storms Ciara (9-11 Feb), Ines (12-13) and Dennis (14-16 Feb). The wind structure of these successive storms have been jointly observed by SMOS and SMAP: 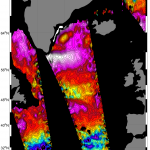 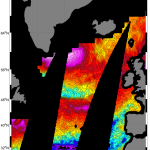 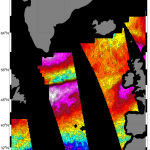 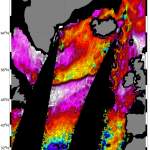 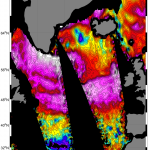 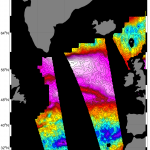 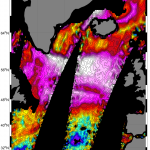 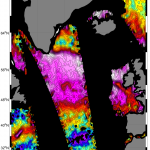 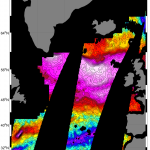 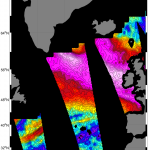 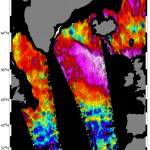 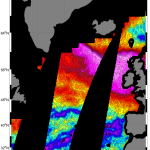 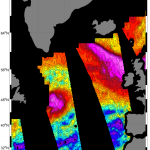 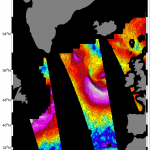 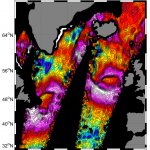 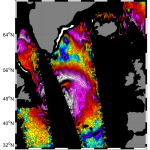 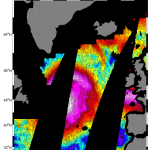 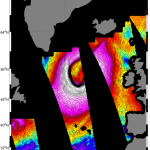 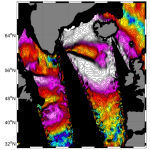 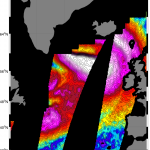 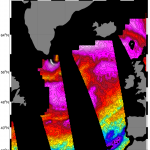 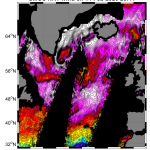 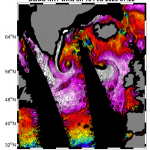 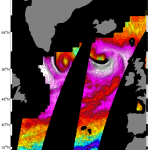 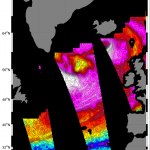 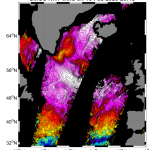 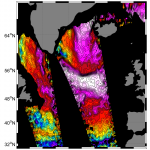 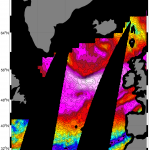 The images were acquired between February 8th and 16th with, suually, 4 acquisitions per day ( 2 SMOS and 2 SMAP). Dates and time are obtained while hovering with the cursor on them. Smos is ascending in the morning and SMAP in the evening.