The Aquarius mission is also trying to identify and Flag RFIs.Paolo de Matthaeis is producing monthly RFI maps for BOTH the active and passive L band systems on board Aquarius they can be seen here for the radiometer and here for the scatterometer.

It is interesting to compare them to the SMOS ones even though they are not established exactly in the same way (but we are working on it!) We see for instance that over land the number of RFI is higher for Aquarius, probably due to a larger bandwidth (TBC) collecting more out of band (OoB) emissions.

Comparing these RFI maps is not really possible quantitatively as they do not show the same features , but we can never the less see the high correlations between the two radiometer estimates as well as the non negligible impact on active measurements.

For more details go here for Aquarius and there for SMOS 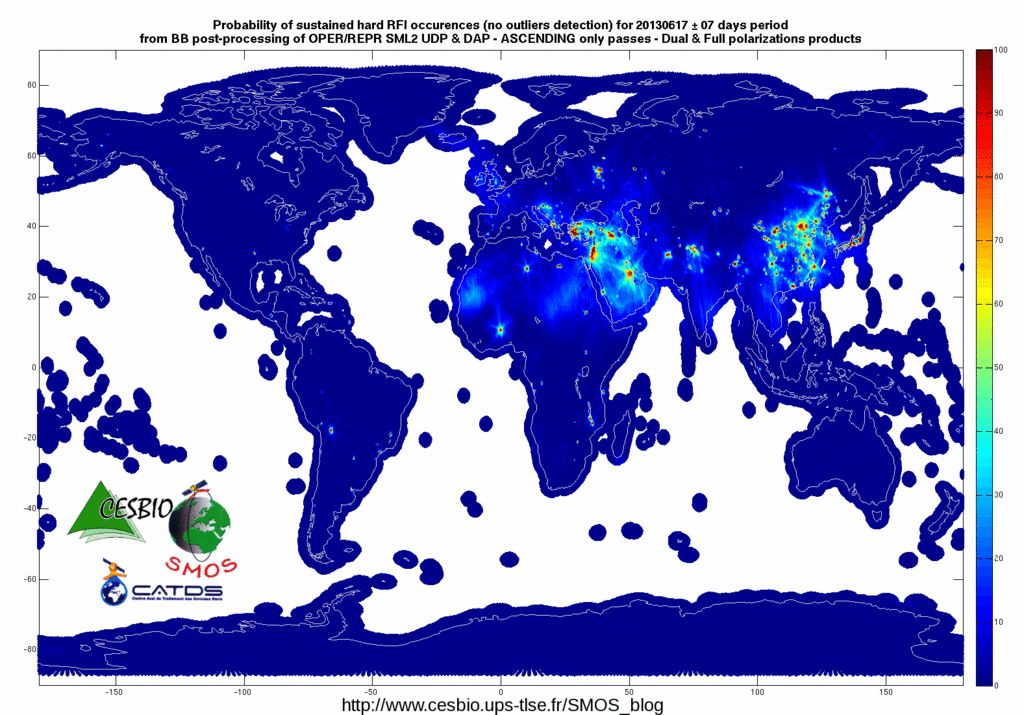 Finally we are also producing maps of emitter characterization at any given time, giving their apparent strength in K, the number of time they were observed and their location (1-7 km accuracy). An example is shown below.