Today let’s have a look back on what was done over land… but remember: it is only a quick summary of part of the findings!!

Of course all the emphasis at the beginning was on the soil moisture retrievals over what as called “nominal surfaces”, which meant land surface with moderate vegetation cover (fallow, crop land, savannah etc..) with all the cal val efforts related to it. For this in particular, several sites were dedicated to Cal Val (VAS in Spain, UDB in Germany, AACES/COSMOS/NAFE in Australia, and later HOBE in Denmark, with also sites in France, Poland, Finland, Tibet, etc…). We also relied heavily on the USDA so called “Watershed sites” and various sparse networks. Actually it is for SMOS that ESA and NASA decided to start the International Soil moisture Network. 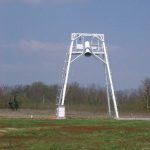 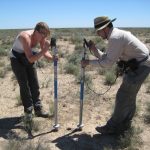 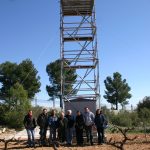 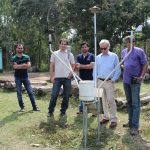 Surprisingly enough we obtained good results almost immediately. But this was only the beginning as, in parallel, both level 1 and level 2 made significant progresses, leading to always improved retrievals. Actually with such fast progresses, it has always been a bit of a frustration to see people use not up to date products, as publications looking at SMOS data tended – for obvious reasons – to be a couple of version old (but generally failed to stipulate which version they were looking at!).The most striking features of these always improved retrievals was, to me, the fact that the range of validity tended to regularly increase. Low to medium topography did not seem to a be a limitation, we managed to make sense in case of flooded areas (see for instance Mississipi floods) and we could get information in case of dense vegetation. The Tor Vergata University for instance related very quickly the vegetation depth to tree height and performed soil moisture retrievals under rainforest. No so accurate of course, but the tendencies are well depicted. 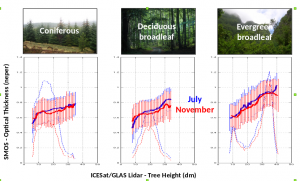 The only trouble we had was that the vegetation optical depth was not as satisfactory as we would have expected. It remained noisy in spite of significant overall progresses. To address this problem and also to keep on improving our retrievals (parametrisations) INRA and CESBIO worked on a different approach, the so called SMOS-IC and, lo and behold, first results are rather amazing! We believe we have again struck gold. More about this in the near future!To finish with the surface soil moisture and vegetation opacity retrievals, we were faced with the fact that the retrieval algorithm is not so fast and thus tests or re-processings are a lengthy and tedious. This was another motivation for SMOS-IC but we also wanted to go a step further and, as soon as enough data was acquired, we developed a global neural network retrieval scheme. It has since been implemented in ECMWF and delivers Soil moisture fields less than 3 hours of sensing, paving the way to many applications…. to be summarised soon: stay tuned!Further reading