Several extreme drought events occurred in 2015 around the globe. At CESBIO, combining hydrological modelling and remotely sensed surface soil moisture from SMOS, we monitored a number of them. We used CATDS (Centre Aval de Traitement des données SMOS) products.The aproach was to use our root zone soil moisture information derived from SMOS to infer a water scarcity index. Water scarcity in the root zone (0-1.5m) is actually an efficient early warning system for agricultural droughts.

The figure above shows 5 of the major droughts which occurred in 2015. The small focus maps show the drought index during the drought events in each of the regions of interest. The losses caused by these droughts amount to billions.

So the next question is: are we facing long drought events that can impact food security at global scale?

In 2016 we may see even worse conditions. Our drought index seem to provide an alarming forecast. This was showcased by ESA during the Living Planet Symposium LPS2016 with this post using our latest root zone soil moisture map (see Water for crops – the SMOS root zone soil moisture). We also produced the drought index map over North America for 2016 and it seems that after the Alberta fires and last year drought in the West coast of the US, the Eastern coast is now at risk. This forecast may change but it is clear that extremes conditions are breaking very old records, beyond the contribution of the El-Nino effect. 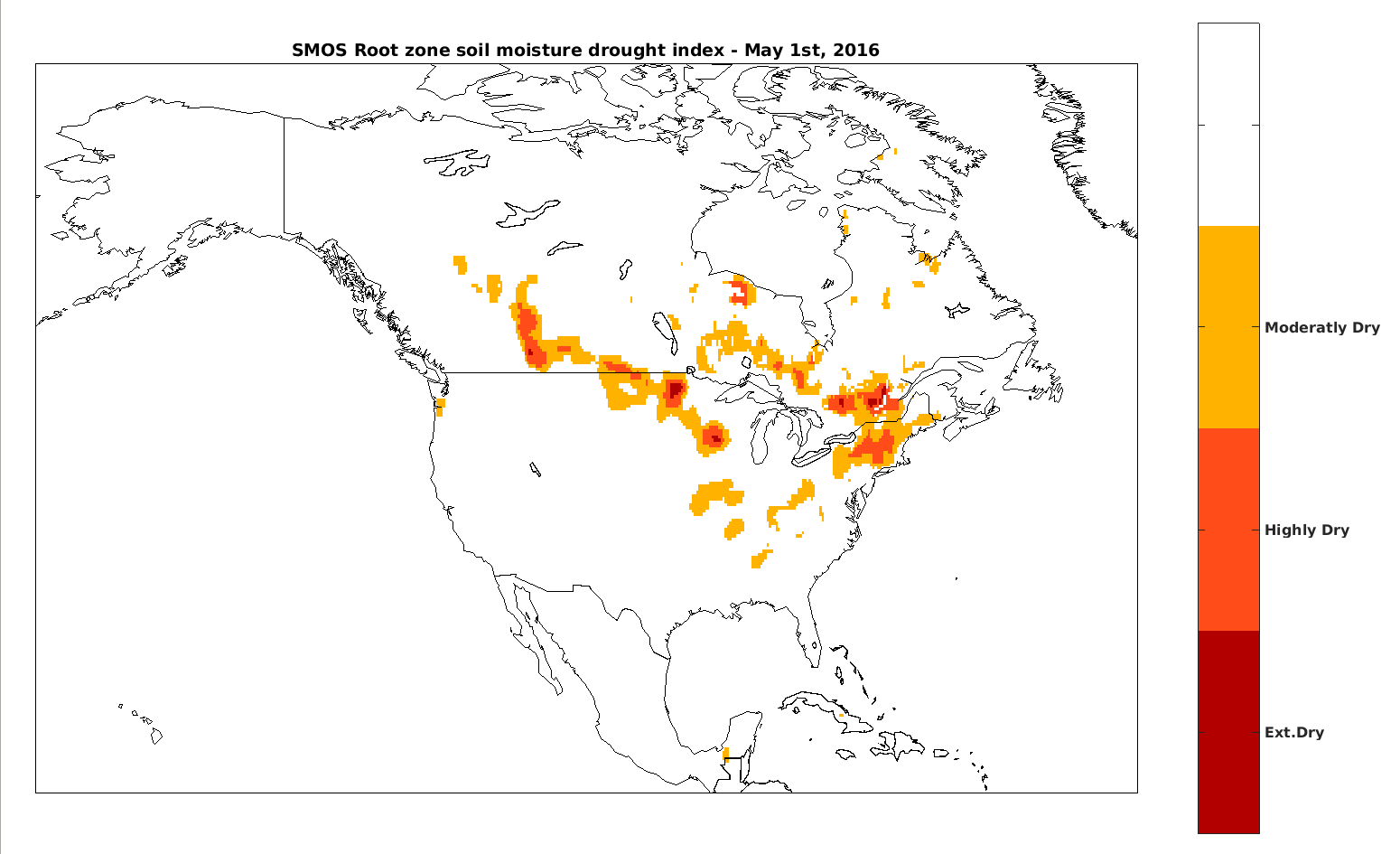